Hualapai of the twenty first century

The Hualapai Tribe of northwestern Arizona is among many of the forgotten tribes.

Most likely if at any event among non-indians you will be asked if you are Navajo. Why? Well of course they have the largest reservation and are just everywhere, they are better known.

It is sad to say that most of the population of the United States will not know who we are or where we come from. 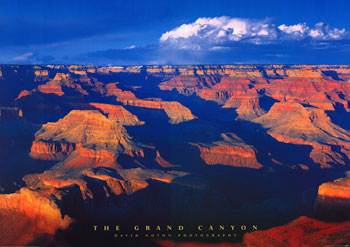 Buy This Poster At AllPosters.com

Framed | Mounted
Find out how you can use this image for FREE.

When I say we are from along the Grand Canyon, the non-indian will reply “oh, are you Havasupai?” No we are not Havasupai, nor are we Yavapai. We are “The People of The Tall Pines.”

I know a lot of tribes besides my own are most of the time forgotten. I feel that people should be more aware and educated by their native american surroundings. The native american, no matter what tribe, will always be surrounding non-natives.

We should make ourselves known and make the non-native aware of us. In my college humanities class I am taking now, a fellow student had thought the native americans were extinct.

We are far from extinct, we are a rising generation in the twenty first century. Lets be proud of who we are.