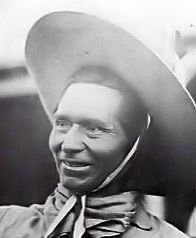 Jackson Sundown, a nephew of Chief Joseph, was with him on the flight of the Nez Perce in 1877. He was the first native American to win a World Championship Bronc Rider title in 1916, at the age of 53, more than twice the age of the other competitors who made it to the final round. He is also the oldest person to ever win a rodeo world championship title. He was posthumously inducted into the Pendleton Round-Up Hall of Fame in 1972, into the National Cowboys of Color Museum and Hall of Fame in 1983, and the American Indian Athletes Hall of Fame in 1994.

Old Chief Joseph (Tuekakas), was leader of the Wallowa Band and one of the first Nez Percé converts to Christianity and a vigorous advocate of the tribe’s early peace with whites, and father of Chief Joseph (also known as In-mut-too-yah-lat-lat or Young Joseph). He was chief of the Nez Perce from 1785—1871.

Chief Lawyer “Hal-hal-hoot-soot” was the son of a Salish speaking Flathead woman and Twisted Hair, the Nez Perce man who welcomed and befriended Lewis and Clark in the fall of 1805. He was designated as Head Chief of the Nez Perce for the signing of the 1855 and controversial 1863 Treaty.