Tonantzín Carmelo is an American actress descending on her mother’s side from Tongva and Kumeyaay Native Americans of Southern California.

Moses J. Brings Plenty (b. 4 Sep 1969) is an Oglala Lakota television, film, and stage actor, as well as a traditional drummer and singer. He was born on the Pine Ridge Reservation, in South Dakota and is a direct descendant of Brings Plenty, an Oglala Lakota warrior who fought in the Battle of Little Big Horn.

Gil Birmingham (born July 13, 1953) is an American actor of Comanche ancestry, best known for his portrayal of Billy Black in The Twilight Saga film series.

Irene Bedard (born July 22, 1967) is a Native American actress who has played many Native American characters in a variety of films. She is perhaps best known for her voice role as the title character in the 1995 animated film Pocahontas.

Geraldine Keams (now known as just Geri) is a full blood Navajo (Dineh) storyteller, actress, and author who got her first acting break in The Outlaw Josey Wales.

Adam Beach, an Anishinaabe member of the Saulteaux tribe of Dog Creek Lake Reserve in Manitoba, Canada has starred in films ranging from Squanto to Smoke Signals to Windtalkers, as well as multiple television series such as  North of 60, Law and Order SUV and Skinwalkers, a series based on the popular Tony Hillerman novels. He is perhaps the most visible and sought-after young Native American actor working in Hollywood today.

5 Views
Mona Darkfeather was born as Josephine M. Workman on January 13, 1883, in Boyle Heights, California. Her father was Joseph Manuel Workman and her mother was Josephine Mary Belt. In 1909 she responded to an advertisement by Bison Motion Pictures for an “exotic looking girl” to play an indian princess in a Silent Movie.  She got the part and starred in a silent movie.
nativelady Native Actors & Movies

Tokalu Luta was born on 11 June 1870, on the Pine Ridge Reservation,Thunder Butte, in the Dakota Territory. He was a Ogala Lakota Sioux Native American. He became known as Chief William Red Fox. His father was Chief Black Eagle and his mother was White Swan, the sister of Chief Crazy Horse. Thus, he was a nephew of the famous Sioux leader Chief Crazy Horse.

Saginaw Grant  (born Morgan Saginaw Grant) is a respected member of the Sac-n-Fox,Iowa and Otoe-Missouria Nations. He is a a Native American actor, traditional dancer, and motivational speaker.His most recent role was in The Lone Ranger with Johnny Depp.

Actors, actresses and musicians you may not have known have native american heritage

With more than five million people of Native American descent living in the United States, it’s not surprising that many famous people who are in the arts and entertainment industries are members of one of the many tribes on record, or their ancestors were.

Nipo Strongheart, one of the first native american actors and a scholar

Nipo Strongheart, (1891-1966) was a Wild west show performer with Buffalo Bill’s Wild West Show and Major Lillie’s Pawnee Bill Shows, and later a Hollywood actor, one of the first native americans in film.

Wesley Studie was born December 17, 1947, at Norfire Hollow, Oklahoma,near Tahlequah. He was the eldest of four sons of Andy Studie, a ranch hand, and Maggie Nofire. Wesley is a full blood Cherokee. He later dropped the “e” from his last name when he began his acting career and shortened his first name to Wes. Wes Studi did not become an actor until he was 40 years old.

Floyd Red Crow Westerman is probably best known for his role in the western epic ‘Dances with Wolves.’ Today, Westerman is also involved with other projects that bring awareness to subjects like the environment.

Born in Keshena, Wisconsin, actress Shelia Tousey was born and raised on both the Menominee and Stockbridge reservations. Shelia Tousey began her career as a child, performing Native American dances. Upon graduating from the University of New Mexico, Tousey enrolled in the graduate acting program at New York University. Since then she has appeared on […]

George Leach is a member of the Sta’atl’imx Nation in Lillooet, British Columbia, Canada. An accomplished actor, George has appeared on screen in ‘This Is Wonderland’, ‘North of 60’, ‘PSI Factor’ and ‘La Femme Nikita’.

Renae Morriseau is familiar as the character Ellen in the Canadian television series North of 60, but her accomplishments in broadcasting extend far beyond this visible role. In her determination to ensure that First Nations voices are heard and stories told, Renae’s career over the last dozen years has spanned acting, filmmaking, writing, and producing. 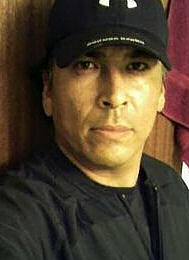 Eric Schweig had been acting for five years when his role as Uncas in The Last of the Mohicans brought him to the attention of the masses. With no formal training and very few lines, Eric brought the role of quiet, steady Uncas to life and to his tragic end using body language and facial expressions alone.

The fact that there are numerous Internet sites devoted to the movie and to Eric himself attest to his talent. He is one of the leading Native actors in the film industry.

Tina Keeper is an accomplished Cree actress who played RCMP constable Michelle Kenidi on the popular and critically acclaimed CBC television series “North Of 60.” She is also  a Cree activist, producer, and former member of the Canadian House of Commons.

Graham Greene (born June 22, 1952) is a Canadian actor who has worked on stage, in film, and in TV productions in Canada, England, and the United States.

Greene is an Oneida, born in Ohsweken on the Six Nations Reserve in Ontario, the son of Lillian and John Greene, who was an ambulance driver and maintenance man. Today, Graham Green is one of the most prolific native american actors in both film and television.

Gary Farmer (born June 12, 1953) is a Canadian First Nations actor and musician from the Wolf Clan in the Cayuga Nation, of the Haudenosaunee Confederacy (Iroquois).

Henry Kingi has been an actor and stuntman for over 20 years. Kingi is rumored to be of Cherokee, African American, and White heritage. His appearance as Goody in Carwash was followed by numerous films.

Kingi appeared in the Bionic Woman episodes “All for One“, “The Pyramid“, and “Rancho Outcast“. He was also the stunt co-ordinator/stuntman during Bionic Woman’s last season.

Michael Joseph Charles Greyeyes, known professionally as Michael Greyeyes, is a member of the Cree Nation from Saskatchewan, Canada.

Best known as director of Tenacity, Smoke Signals and the soon to be released Skins, and Arapaho and Cheyenne by birth, Chris Eyre was adopted into the white world and only later reconnected with his original family.