The earliest history of the Nehalem country is so closely entwined with that of the Clatsops of the north and the Tillamooks of the south that its separation is impossible. From the very earliest written record of the Clatsop and Nehalem people, they are described as being culturally, economically, and socially integrated with one-another.

In January 2001, the Chinook tribe (of which the Clatsop were included) gained official recognition, but it was reversed by the Bush administration soon after taking office.

The tribe has no formal recognition today and has struggled in recent years to retain its identity. Some of the remaining members now form an unofficial confederation, the Clatsop-Nehalem Confederated Tribes of Oregon, with the Salishan-speaking Nehalem (Tillamook) tribe that once inhabited the area around Tillamook Bay. Other Clatsop descendants continue to maintain their culture and ceremonies as family and small community units, as in the past.

The 200 members who have recently organized as the Clatsop-Nehalem Confederation have an average age of 65.

Clatsop in the original language is La t cap, which means “place of dried salmon.”

On a cultural basis, the Chinooks, Clatsops, Wahkiakum, and Kathlamets were ethnically similar. Through common usage the designation Chinook has been applied to all four groups. First exposed to white traders, the Chinooks proper dominated commerce at the mouth of the Columbia River and prospered. Because of their dominance in the eyes of white men, the latter came to refer to Clatsops, Wahkiakums,and Kathlamets as “Chinooks,” also.

Name in other languages:

Most Clatsops dwelled along the northern Oregon coast from the Columbia River to Tillamook Head near Seaside, while most Nehalem-Tillamook dwelled in villages from Tillamook Head to well south of Tillamook Bay.

Yet, the lines between these two people were by no means sharp, geographically or socially. The Clatsop and Nehalem peoples shared resource harvesting areas, such as the rich berry picking grounds of Clatsop Plains, and visited the same sacred places, such as Saddle Mountain.

The tribe has never been organized hierarchically (under “chiefs”) but was made up of
individual families affiliated with one another in small villages and seasonal camps located near food sources.

The Clatsops and Chinooks shared many cultural traits and some Clatsop and Chinook families have intermarried, but the two groups remain essentially distinct. While anthropologists typically recognize that these two populations were fully autonomous in matters of political structure and economic activity, many non-specialists view tribal cultures through a European lens, wrongly assuming that all Clatsops were Chinooks, and that all Chinooks were a unified political entity prior to European contact. Neither of these assertions is true.

While almost all Oregon tribes represent confederations of formerly distinct tribal populations, the Clatsop-Nehalem are perhaps unique in the degree to which their confederated status predates Euro-American influences. Without direct ancestors on the rolls of Siletz, Grand Ronde, or other federally recognized tribes, the Clatsop-Nehalem, like their Chinook counterparts to the north, determined to move forward decades ago, pursuing efforts to achieve federal recognition as an independent tribe. Beginning in the late l980s, Clatsop-Nehalem people formally initiated this effort, led by current Chairman, Joseph Scovell.

In the years that followed, the Clatsop-Nehalem began enrolling members and established a non-profit organization to coordinate tribal efforts.

Today, the Clatsop-Nehalem people consist of families of combined Clatsop and Nehalem-Tillamook ancestry, descendents of the integrated populations encountered by Lewis and Clark, Franz Boas, and all those who followed in their footsteps.

In the summer of 1851, the Clatsop and Nehalem participated in treaty negotiations with Oregon Territory Superintendent of Indian Affairs, Anson Dart. On August 5th and 6th of 1851, the Clatsop and the Nehalem Band of Tillamooks negotiated in good faith and signed the Tansey Point Treaty with Superintendent Dart, giving up claim to 90% of their traditional territory. The Tansey Point Treaties were sent to Washington D.C. for ratification but were blocked by delegates to Congress, including Joseph Lane and Samuel Thurston, and not ratified. The result was a legal quagmire.

Technically, the (Nehalem) Tillamook were under the Grand Ronde agent, but the Oregon Superintendency mounted no removal program for the Tillamook, Clatsop, or other Indians of Northwestern Oregon.

Unlike other tribes, the members of this tribe were not required to move to a reservation, and in fact, they were the only tribe in Oregon that was not removed to a reservation.

The Clatsop and Nehalem people began to “slip through the cracks” of the treaty process. Some Clatsops and Nehalems joined relatives at the Siletz, Grand Ronde, or Quinault Reservations, but with no treaty and no reservation, many Clatsop and Nehalem families remained in their traditional homeland and never became part of a federally recognized tribe. 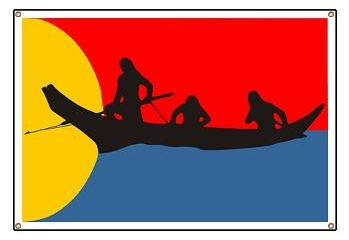 The combined population was about 200 when they were encountered by Lewis and Clark in 1805.

If you believe you are of Clatsop, Nehalem, or Tillamook Indian descent, you may qualify for enrollment in this tribe. Contact the tribe at the address above for more information.

Tribal Council meetings are scheduled for the second Saturday of the month. Location and time vary.

The Clatsop dialect used by the Clatsop tribe is a nearly-extinct dialect of the Lower Chinookan language. Most Clatsops spoke Chinook Jargon and some spoke a dialect of Nehalem, by the time Lewis and Clark’s Corps of Discovery made contact with them.

Chinook Jargon is a trade language, and was once used throughout much of the Pacific Northwest.

Nehalem is a Salishan language dialect, in other words, from a completely different language family than Clatsop. These two tribes spoke mutually unintelligible languages, but most people were bilingual due to the long intermingling of the two tribes. The Nehalem language, a dialect of Salishan Tillamook, eventually became the dominant language used. This change of language was brought about by the frequent intermarriage of the Clatsop and Nehalem people.

The last known fluent speaker of the Tillamook language died in 1972.

In an effort to preserve the Tillamook language, some researchers from the University of Hawaii interviewed Joe Scovell’s mother and other members of the Nehalem band of the Tillamook tribe from 1965-72. They have so far compiled a 120-page Tillamook-English dictionary, with a 35-page English-Tillamook index, which is an unpublished work still in progress.